I painted Woz at his office as he worked.

Thank you to each of you who invited me to draw and paint at: Painted from life at Founder Labs in San Francisco 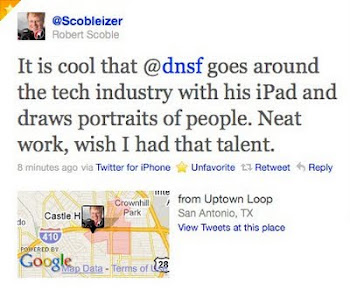 I saw her at TEDxBerkeley.